The Pokemon GO battling scene has been changing quickly. Gengar and Alakazam recently took over as two of the best attackers in the game while Lapras with its buffed Combat Power (CP) tragically fell several places in the rankings. And that’s not to mention the introduction of over 80 new Pokémon with the release of the generation 2 family. Here’s a breakdown of the best newly obtainable attackers that you need for your team.

Ursaring’s Normal typing and disappointing collection of moves with Same Type Attack Bonus (STAB) put it at the bottom of this list. Regardless, Ursaring’s incredibly high attack stat and decent max CP allows him to pull his own weight with any attacking team. Ursaring has the chance to obtain good Fighting moves for taking care of Snorlax, Blissey, Steelix, Rhydon, and Golem and STAB Hyper Beam that takes care of nearly everything else.

With its double resistance to Grass and resistance to Poison, Crobat is an ideal match up against most Grass types. Its attacks also cover Fairy, Bug, and Fighting types as well. It’s best to shy away from Exeggutor as its secondary Psychic typing will do a number on Crobat.

Piloswine has the second highest attack of all Ice types in the game making it one of the best attackers against the dreaded Dragonite, which has a double weakness to ice type moves. Its low CP puts it at the bottom of this list, but its well-rounded stats make it ideal for leveling up gyms.

The best dark type behind Tyranitar, and not nearly as hard to find if you live in the right area, Houndoom is a great answer to psychic types like Espeon and Exeggutor, as well as other Grass types.

Its Bullet Punch and Iron Head give Scizor unique attack coverage over a range of good defensive Pokémon like Tyranitar, Rhydon, Golem, Lapras, and Cloyster. Just watch out for his double weakness to fire attacks.

It’s about time that Pokémon GO received a decent electric type and while Ampharos might not be the beast we had hoped for, it still has its place. It’s easily the best answer to Gyarados, which has a double weakness to Electric moves and other water Pokémon like Lapras and Cloyster with their secondary Ice typing. For pure Water Pokémon, Grass types are still the winner as Electric types lack the Water resistance of Grass.

Donphan has access to Counter, the best Fighting move in the game right now, which is great for taking care of Blissey and Snorlax and packs a mean Earthquake as a charge move.

Great for covering the multitude of Poison types in this game, Espeon can also be a good answer to Fighting types, just steer away from Heracross, who can do twice the damage with Megahorn and Struggle Bug, and Gengar with its Ghost typing and high attack stat. 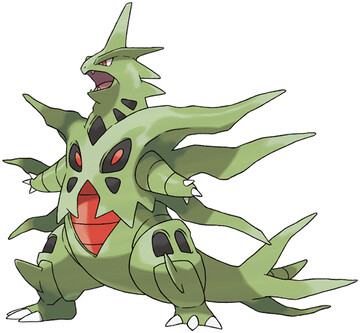 Hailed as the new Dragonite, Tyranitar doesn’t disappoint with his excellent stats all around and his ability to be somehow even harder to obtain than Dragonite. Bite, its best quick move, takes care of common defenders like Gengar and Exeggutor while Stone Edge deals an incredible amount of damage to the many common Fire types.

Frustratingly hard to obtain as it can only be found in Mexico and South America, Heracross boasts the highest CP of any fighting Pokémon. With the right moveset—namely Counter and Close Combat—Heracross is number one when it comes to taking out the ever-common gym dwellers Snorlax and Blissey. If you live outside of Heracross country, hopefully you’ve been saving your own regionals and Pikachus in hats for when trading is finally released.