This likely comes from how puppies act when weaned. In an effort to get puppies off of milk, the mother will start feeding them standing up, which requires the pups to stand on their hind legs. Later, they start jumping up at her mouth to get regurgitated food. So that instinct stays with your dog even when it grows up.

When two dogs interact for the first time, they require some important information, much of which is transmitted between canines by smell. By sniffing more sensitive areas, they are able to discern the other’s gender, age and rank. The dog wants that same information about you, although a well-trained dog will understand the command to stop.

Male dogs leave minuscule amounts of urine in many places to mark their territory. When other dogs sniff the area, they are able to know the age, gender, and rank of the dogs who’ve left a mark there. 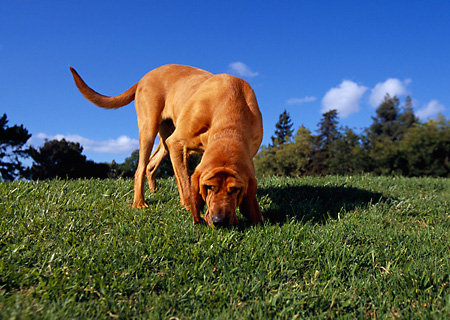 Aside from the male-female mounting meant for breeding, mounting may also be done in an attempt to assert dominance. On occasion, it may also be a form of bonding when two dogs who haven’t seen each other in a long time meet up. So this isn’t at all a wrong behavior for dogs who are social.

The instinct of a dog is to chase after a target, whether that be an intruder or a potential meal, so the desire to chase kicks in whenever a dog sees something moving quickly. This may result in a dog chasing people or cars, putting either the chaser or chasee at risk of injury, so this behavior should be targeted during training.

The current theory among dog experts is that this is the instinct that dogs use to inform their pack about potential places to find food. As a result, if a dog finds a dead animal or droppings, the dog will interpret that as a signal to alert the packmates. 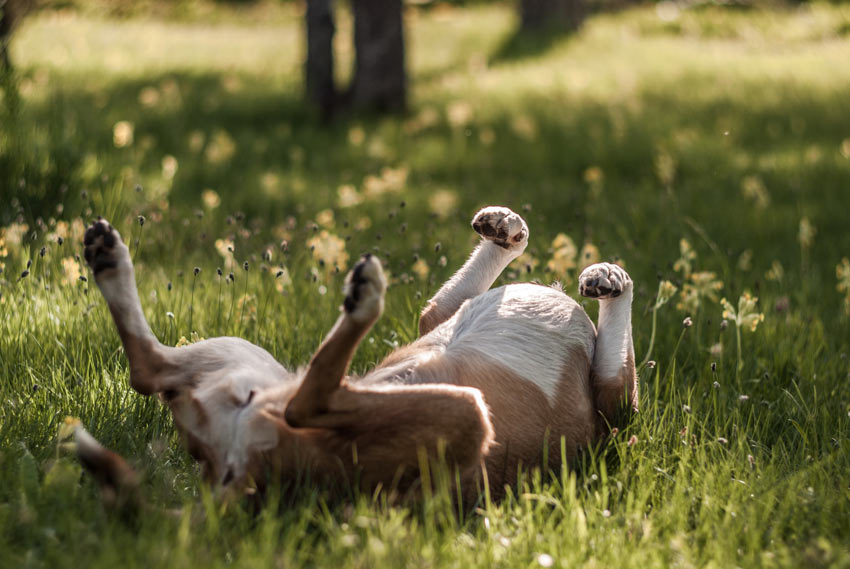 Some dogs eat grass as a digestive aid, while others seem to know that some grasses have medicinal value and may consume it in an attempt to cure arthritis or other illnesses. Dogs may also eat grass when their food is not agreeing with their stomach and they need help to expel.

Female dogs in the wild will develop milk and prepare for being a mother in case something were to happen to a mother in the pack. This instinct lives on with female dogs who may be guarding the area around their beds even if they are not pregnant.

In the wild, dogs sometimes eat fecal matter to obtain nutrients, so domestic dogs may revert to this instinct in times of stress or anxiety. Particularly, dogs may do it to get the attention of the owners, or because their food is too close to their poop and they begin to confuse the smells. Vitamin supplementation, cleanliness of the home and training are various methods owners can use to counteract this behavior.